Pendjari National Park forms the primary component of the vast 32,250km2 transnational W-Arly-Pendjari (WAP) complex spanning Benin, Burkina Faso and Niger and is the largest intact wild ecosystem in West Africa. However, this previously neglected but globally significant landscape, the largest remaining wild ecosystem in all of West Africa, received an extraordinary lifeline in January 2018. Together with the Benin Government, the Wyss Foundation, National Geographic and the Wildcat Foundation, we announced a commitment of $23M over 10 years, $6M of that amount was pledged by the Government, to protect and revitalise Pendjari National Park through sustainable development for the good of the people. This was a transformational partnership and an unprecedented show of support, especially from the Government who are taking a stand in conserving their protected areas, so much so that conserving and showcasing the splendour of Pendjari is one of their key priorities within their large-scale investment programme ‘Revealing Benin’.

Pendjari covers 4,800 km2 and is the last refuge for the region’s 1,700 elephants and 25% of the remaining 400 critically endangered West African lions. But years of poaching and unsustainable use have threatened this landscape, which in turn could cause the entire WAP complex to collapse. Our vision is to revive this landscape and rediscover the potential that Pendjari has to support both wildlife and people.

Pendjari is poised to be an exceptional wildlife destination, with more than 7,170 visitors in 2019 – the highest on record – but the park also needs to deliver benefits of security, employment, and sustainable livelihoods for the nearly 40,000 people who live around its boundary. Employment has already almost doubled in just two years; watering points for livestock are being created outside the park to reduce illegal access; and our Ranger contingent is made up of over 100 well-trained local individuals. Already we are seeing local community members describe Pendjari as ‘their park’ where for the first time they are seeing a role for themselves in the sustainable development of this landscape, and as direct beneficiaries of what the park can deliver. 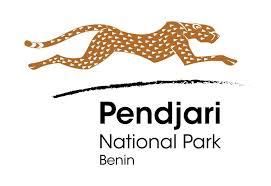